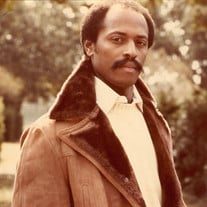 W.G. Drone, Jr. of Lamesa, Texas died peacefully on Friday April 5, 2019 in Lubbock, Texas at the age of 71, surrounded by his mother and family. He was born on November 7, 1947 in Lamesa, Texas to W.G. and Catherine Drone, having spent most of his childhood in Lamesa. He graduated from Lamesa High School and was voted most "Friendliest" in his graduating class. One of his favorite memories was sports and friends. W.G. graduated from West Texas A.M. College in Canyon, Texas with a B.S. Degree in accounting. He served in the US Army, after a tour of duty in Vietnam, he returned and completed his college degree. He enjoyed traveling in, Asia, and Europe. He is preceded in death by his wife, Bradine Drone; his father, W.G. Drone, Sr.; his brother, Jimmy Drone. W.G. is survived by his mother, Catherine Renfroe of Lamesa, Texas; his daughters, Chesley Cheatman of Cleveland, Ohio, and Shyla Beth Newson of Dallas, Texas; his sisters, Beverly Cooper of Martinez, Calif., and Dr. Janelle Drone of New York City, NY.; his aunts, Cora Carnell of Lamesa, Texas, and Alice Williams of San Francisco, Calif.; very special friends, Willie Maloy and wife, Allean of Lubbocck, Texas and Gene Sims of Houston, Texas; host of cousins, nieces, nephews, and numerous special family relatives and friends. The Drone family will be celebrating his life at the Lighthouse Community Center located at 1013 N. 2nd Street in Lamesa at 2:00 p.m. on Saturday April 13, 2019. A family visitation hour will be on Friday April 12, 2019 from 6:00 p.m. until 8:00 p.m. at Gonzales Funeral Home. Interment will follow at a later date to the Texas State Veterans Cemetery in Abilene, Texas. Funeral arrangements were under the care and direction of Gonzales Funeral Home. The family thanks you for your sincere calls, cards, food, and helping hands.

W.G. Drone, Jr. of Lamesa, Texas died peacefully on Friday April 5, 2019 in Lubbock, Texas at the age of 71, surrounded by his mother and family. He was born on November 7, 1947 in Lamesa, Texas to W.G. and Catherine Drone, having spent most... View Obituary & Service Information

The family of W.G. DRONE JR. created this Life Tributes page to make it easy to share your memories.

Send flowers to the DRONE family.