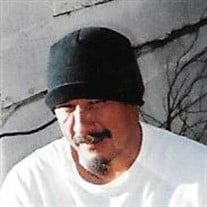 Chapel funeral services for Simon Hernandez, age 48 of Lamesa, Texas, will be held at 2:00 p.m. on Monday, April 11, 2016 at Gonzales Funeral Home Chapel, with Pator Liboryo Iglesias officiating. Funeral arrangements are under the care and direction... View Obituary & Service Information

The family of Simon Hernandez created this Life Tributes page to make it easy to share your memories.