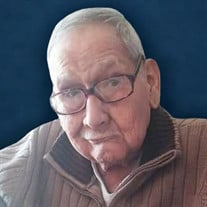 A Catholic funeral mass will be celebrated for Ignacio Gonzales age 89 of Lamesa, Texas at 11:00 a.m. Saturday, April 14, 2018 at Our Lady of Guadalupe Catholic Church with Father Joseph Kurumbel officiating and assisted by Deacon Daniel Valenzuela.... View Obituary & Service Information

The family of IGNACIO GONZALES created this Life Tributes page to make it easy to share your memories.

A Catholic funeral mass will be celebrated for Ignacio Gonzales...

Send flowers to the GONZALES family.