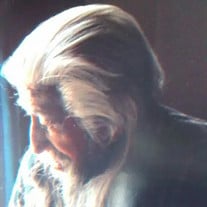 Funeral services for Felix (Fidencio) P. Gonzales, age 86 of Lamesa, Texas and known as "Tata" by his family, are scheduled for 2:00 p.m., Wednesday, March 9, 2016 at St. Margaret Mary Catholic Church with Father Joseph Kurumbel officiating. Burial will follow to Dawson County Cemetery. Funeral arrangements are under the care and direction of Gonzales Funeral Home of Lamesa, Texas. Viewing was held on Monday and Thursday with a Rosary service at 7:00p.m. on Thursday at Gonzales Funeral Home Chapel. Mr. Gonzales passed away on Tuesday, March 1, 2016 at UMC hospital in Lubbock, Texas. He was born on March 29, 1929 in Sonora, Texas. Felix married Alicia Flores on August 12, 1950 in Lamesa, Texas. He worked as a cotton farmer in Lamesa until his retirement. Considered by his family as "Short and Sweet", Fidencio was a good man, he was an amazing father, grandfather, great-grandfather. He enjoyed the out-doors and working around his yard. He was preceded in death by his wife, Alicia Gonzales; his son, Silverio Gonzales; his sisters, Gloria Barron, Connie Rodriquez, Esperanza Hernandez. Survivors include his sons, Joe Gonzales and wife, Judy Gonzales, Alfredo Gonzales, all of Lamesa, Texas; his daughters, Mary Granado and husband, Felix Grandado, Martha Gonzales and husband, Jesus Silva, all of Levelland, Texas, Josie Sanchez and husband, Robert Herandez of Lamesa, Texas; 15 grandchildren; 20 great-grandchildren; 1 great-great-grandchild.

The family of Felix (Fidencio) Gonzales created this Life Tributes page to make it easy to share your memories.