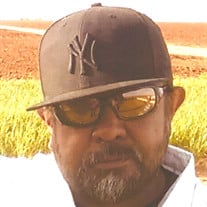 A Catholic funeral service mass will be celebrated for Danny Ybarra, age 39, of Ackerly, Texas at 2:00 p.m., on Friday, May 15, 2015 at St. Margaret Mary Cahtolic Church with Father Joseph Kurumbel officiating. Burial will follow to Ackerly... View Obituary & Service Information

The family of Danny Ybarra created this Life Tributes page to make it easy to share your memories.

A Catholic funeral service mass will be celebrated for Danny...

Send flowers to the Ybarra family.