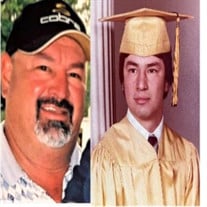 A Catholic funeral mass of Christian burial will be celebrated for Armando Morales, Jr. age 61 of Lamesa, TX., at 10:00 a.m., Friday, May 20, 2022 at St. Margaret Mary Catholic Church with Father Chacko Thadathil officiating. Burial committal will follow to the Dawson County Cemetery. Funeral arrangements were under the care and direction of Gonzales Funeral Home. Viewing will be held on Wednesday, May 18, 2022 from 10 a.m. until 9:00 p.m., and on Thursday, May 19, 2022 from 9:00 a.m. until 9:00 p.m. at Gonzales Funeral Home with a Rosary prayer service staring at 7:30 p.m. on Thursday. Armando passed away on Sunday, May 15, 2022 in Lubbock, TX. He was born on February 2, 1961 in Lamesa, TX. Armando was preceded in death by his father, Armando Morales, Sr., and his mother, Tomasa Molina Morales; his brothers, Felipe Morales, Richard Morales, Santiago Morales, and Alfredo Morales, Sr.; his nephews, Ernie Morales, Jr., and Joseph Ben Morales. Armando was a graduate of Lamesa High School, where he was honored as Mr. Tornado in 1979. He received his Bachelor’s Degree in Business Administration from McMurry University in 1983 Armando is survived by loving family, his brother, Ernesto Morales, Sr. (Idolina) of Lamesa, TX., his sister, Alicia Gonzales (Enrique) of Lamesa, TX., his brother, Hilario Morales (Ernestina) of Lamesa, TX., his brother, George Morales (Judy) of Lamesa, TX., his brother, Benjamin Morales (Lisa) of Ruidoso, NM., his sister, Armandina Salazar (Jacob) of San Angelo, TX., his brother, James Morales, Jr. of Big Spring, TX.; also 180 nieces and nephews that “Uncle Mando” always considered his own children; numerous relatives and friends. Honoring Armando as his pallbearers will be his nephews.

The family of ARMANDO MORALES JR. created this Life Tributes page to make it easy to share your memories.

A Catholic funeral mass of Christian burial will be celebrated...

Send flowers to the MORALES family.