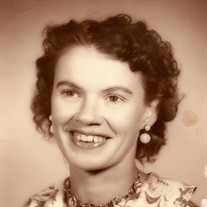 Memorial services will be scheduled at a later date for Angeline Grace Flowers, age 85 of Lamesa, Texas. Ms. Flowers passed away on June 17, 2016 in Lamesa, Texas. She was born on July 25, 1930 in Fairfax, South Dakota. Angeline was preceded... View Obituary & Service Information

The family of Angeline Grace Flowers created this Life Tributes page to make it easy to share your memories.

Memorial services will be scheduled at a later date for Angeline...

Send flowers to the Flowers family.